THE BOOK: As stated by Kara-Murza in his illuminating introductory note, Naples was the southern terminus of the Russian travelers tour. There were few, in fact, of those who ventured further south, for example, to Bari or to Sicily. Europe ideally seemed to end at the borders of Rome.
Naples always astonished visitors from the north with its lush quasi-tropical nature. The Gulf of Naples, according to recent travel agencies reports, was popularly identified as an earthly Paradise. The Neapolitan sky is described as so unusually bright that Gogol stated ‘no color could represent it’. The green of nature, the dazzling blue reflection of the waters, the night vision of the sky with shooting stars and the trails of comets. This combination of natural beauties stunned a number of Russian artists, like Baratynskij and Annenkov, famed 19th Century poets. The Symbolist painter Dobuzhinsky, surprised by a storm on the Neapolitan sea shore, froze, caught in the contemplation of the sky and lightning which crossed him like pink ribbon heaps.
Inexhaustible source of inspiration was also the Vesuvius, the most representative among the elements of the Neapolitan landscape, the enchanting gleam of its wide hips, the plume of smoke, the streams of lava that had flowed from its crater. The looming volcanic presence everywhere in the Gulf: the islands of Ischia and Capri, Baia, Pozzuoli and Sorrento, stimulated artistic creativity of whoever was overwhelmed by its magnificent power. Karl Brjullov, planned his famed The Last Day of Pompeii in Naples, and then constructed and painted in Rome, which later became a stronghold of Russian historic art. The visit to the excavations of Pompeii and Herculaneum in Pictures from Italy by Dickens fueled writer and philosopher Vasilij Rozanov’s creativity. He wrote his passionate meditation on the subtle ties that bound the classical culture to the antique-Russian one.
Whereas, Pavel Muratov was a tireless observer of the urban fabric of Naples, so rich in historical and cultural layers and subject to incessant transformations. The countless churches, palaces, monasteries and relics (most notably the Archaeological Museum) represented the living material of its past, as well as the daily lives of each Neapolitan and every manifestation of popular culture such as the crowd in the teeming alleys of via Toledo and its popular representations. Muratov, like other Russian intellectuals, was infected by the liveliness and inventiveness of the Neapolitan, but there were others, like Belyj and Fet, who pointed out the flaws in Napoli’s poeple.
Since the early twentieth century, with the arrival of the writer Maxim Gorky, the Gulf of Naples turned into a major center of attraction in the Russian political and cultural life. Villa Serafina Capri, between 1911-1913, and Villa Sorito in Capo di Sorrento, from 1925 to 1933, became a welcoming haven and a must for the Russian intelligentsia of the time. 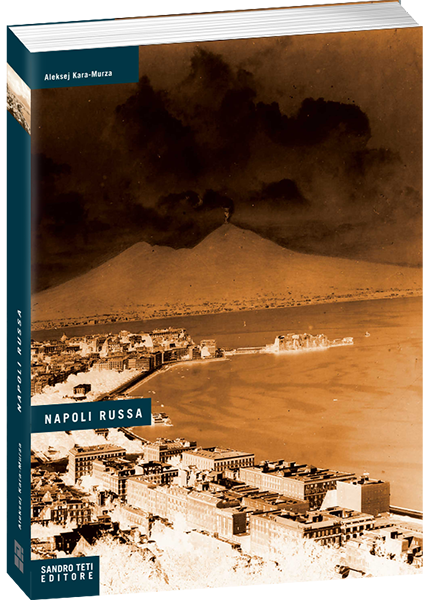