The contribution of Azerbaijani people to the defeat of fascism was decisive: out of the whole population numbering, in 1941, 3,4 million inhabitants 681 thousand people took part in the military operations and 300 thousand of them lost their lives. More than 5.000 of Soviet partisans including hundreds of Azerbaijanis took part in the Italian Resistance Movement. Using unedited documents and pictures, this book tells their stories following them on their way from Caucasus to the Apennines.

BOOK: Some hundreds of Azerbaijani soldiers of the Red Army were made prisoners of the Nazis during their invasion of the Soviet Union, deported to Italy and constrained to forced works or recruited to the auxiliary German troops. Evading from jails, escaping from working camps or deserting the pro-Nazi military units, they joined the Italian patriots in their struggle for freedom of Italy. Thanks to the publisher and through the to evidence of eyewitnesses and  documents (many of which are unedited and come from the archives of Baku, Moscow, Bologna, Trieste, Pistoia, Piacenza, Milan, Bergamo and Rome), this book tells the story of heroic deeds of Azerbaijani partisans. This is a still unknown page in the Italian Resistance Movement that traces an unexpected connecting line between Italy and the to-be-discovered Caucasian Republic of Azerbaijan, a nation that is now emerging and rapidly developing.

AUTHOR: Mikhail Talalay is a researcher of the Institute for Universal History at the Russian Academy of Science. His studies focus on the Italian-Russian relationships. He organizes a lot of events in Italy including painting and photography exhibitions, conferences and conventions. He is the author of fifteen books and numerous articles. 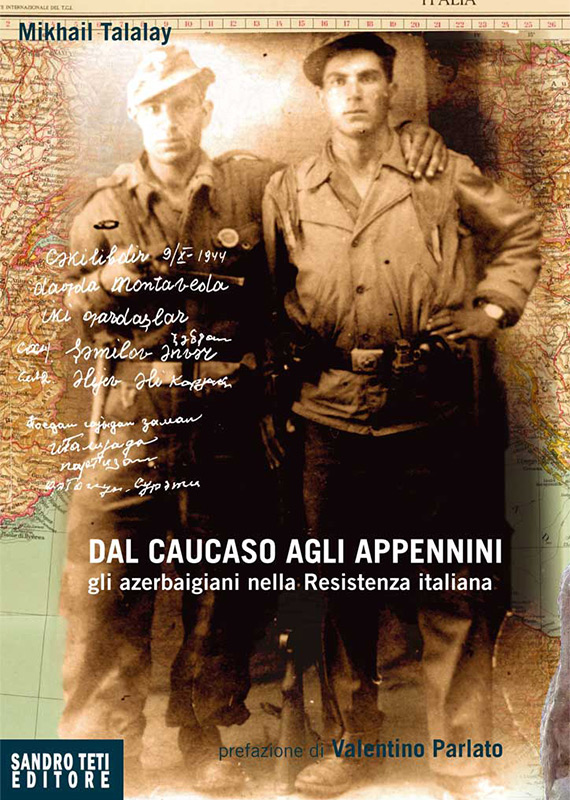