BOOK: A story of “politic fiction” based on the biography of a communist who founds a new party and, investing one thousand billions in his campaign, wins the elections and leads the country. It is a love story, too. Or these are stories of feelings. The ones the main character proves for his family, for his girlfriend, for his best friends, for the party, for Italy, for the socialism. The whole narration is a race against time: there is an entire country to save from an overwhelming decline, there is a Party to rebuild in order to give it back its historical function the way Gramsci would do it, there are the best friends to call and to involve in a new adventure, there is a great family to gather together and make every member of it live in peace with the others, and, in the very end, there is a human nature to discover. The main character knows he has little time to do everything he wants to because of the military “coup d’état” just taken place. A subject and a plot that are really up-to-date in the Italian society. They are able to make readers feel for them.

AUTHOR: Maurizio Michelangeli was born in Anagni on March 16th, 1957. He joined the Italian Communist Party at the age of fourteen. When the party stopped to exist, he was one of the founders of its new forms: “Rifondazione” first and “Italian Communists” later. He is still a member of the National Direction of the Italian Communists”. He was an assessor at the Municipal authority of Anagni, province counsellor of Frosinone, assessor of the Municipal authority of Pozzuoli, deputy, Secretary of the young and of the Federation of Frosinone and Naples, Secretary of Latium and the assessor of the region. He has behind him forty years of political struggle always at the same side.

A visionary novel, in the etymological sense of the word: it evokes visions, sets free imagination, and offers a suggestive world. It is visionary because it gets us involved in reading, and what is written is organized on three levels that chase one another as if there were playing hide and seek. But is it a novel? Maybe it is, too. First of all, it is a political essay, a thriller, a love story… 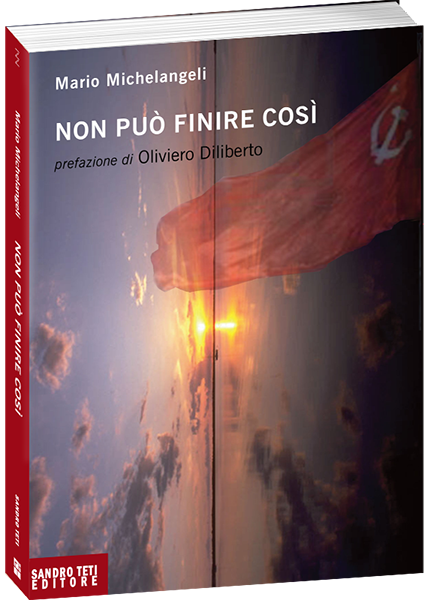