On theend of his political and institutional life, Gianni Ferraro (1927-2002) devoted himself to historical disclosure and was a prolific publicist. For over twenty years he collected information, explored archives and performed extensive research which he then condensed in his ponderous and monumental World War Two’s Spy Encyclopedia, published in its first edition by Milanese editor Teti.

BOOK:  It is a work full of information and names, dates and data, and it is unique both because it restricts its inquiry to World War II, and because in it are unknown protagonists of equally uknown events that, in these pages, are entitled to historical presence.
It is people and events that help enrich the knowledge about the broader phenomenon of espionage during the crucial years of the Second World War, just stored behind us but not yet grasped in all its articulated complexity.
Ferraro was fond of saying that his Encyclopedia of espionage was not to be considered a point of arrival and a final and decisive wide-ranging survey on the subject, but rather a starting point for further investigations and studies. Ferraro’s Encyclopedia, in its first edition, proved slightly difficult to read: assembled somewhat incoherently and incomplete in some respects. It was affected by disjointed writing simply due to the sheer amount of material and the number of entries in the encyclopedia. They author’s ambitious publishing project was also affected by the serious illness which had struck him, impacting his careful review of the text. Thus it was subjected to a strong and radical, but also long and complex, editing review. The integration of the items, the revision of texts and authentication of documents, were all performed in light of the Encyclopedia’s importance as a work addressed as much to the public specialists, as well as to the experienced and passionate lovers of studies on World war II.

AUTHOR: Gianni Ferraro (Vizzini, Catania, 1927 – Vittoria, Ragusa, 2002). Journalist, essayist, scholar of folk traditions and Sicilian history. He was very active in social and political life, covering various institutional offices in the town of Vittoria. He collaborated with newspaper editors and Sicilian journalists. He was translator for both the US military and the British governor during the landing of the allied forces in Sicily.

Preface by: Corrado Augias. Rome, 1935. Journalist, author and theater and television writer. Currently he collaborates with the newspaper la Repubblica and leads the program on Rai 3 Le Storie – diario italiano. For years he edited the correspondence from Paris and New York for La Repubblica and for the weekly magazines L’Espresso and Panorama. He has designed and conducted highly successful programs and cultural activities such as Telefono Giallo and Enigma. His most recent literary successes are Segreti di Roma; Inchiesta sul cristianesimo; Disputa su Dio e dintorni and I segreti del Vaticano. 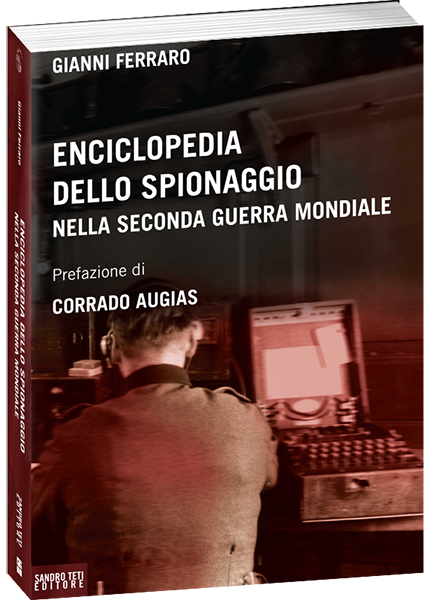