«I’ve just watched the best soviet cinema movie ever: The Story of Asya Klyachkina, Who Loved, But Did Not Marry. The director is Andrey Konchalovsky». Bernardo Bertolucci

The fascinating autobiography of one of the most influential charachters of world cinema, enhanced with a collection of unpublished photos.

THE BOOK: The decision to quit piano lessons and devote himself to the cinema; an awarded in Venice short film realized at the age of 25; the rivalry with his friend-director Tarkovsky; the success of his debut movies in international festivals; how he distanced himself from the bureaucracy of sovietic cinema and how he got to the shiny Hollywood, then his return to Gorbacev’s Russia. Konchalovsky describes his life as a sequence of relations and meetings. Directors, musicians and intellectuals as Fellini, Kurosawa, Bertolucci, Ashkenazy, Kapustin, Sartre, Pasolini… Among them also captivating women, as Natassja Kinski, Rebecca de Mornay, Shirley MacLaine, Juliette Binoche: they were such determined in the spotlight as they were fragile in real life. Hilarious anectodes, spicy stories and polished reflections about the relationship between theatre, literature and cinema. The book, whose colloquial and frank writing style is combined with a collection of unpublished photos, describes in a perfect way Konchalovsky’s troubled private life and his encounters with the most influencial representatives of world culture.

Andrey Konchalovsky is a russian director, screenwriter and film producer. His father, the famous russian poet and writer Sergey Mikhalkov Konchalovsky, composed both the Soviet Union hymn in 1944 and the Russian Federation one in 2000. Konchalovsy was born in Moscow, he was soon absorbed in cinema and during his studies he met the director Andrey Tarkovsky, cowriter of his first script. When he started working as a director, he reached success on both the homeland and international level. Among all the prizes he received, the most recent are the two Golden Lions in Venice Film Festival. 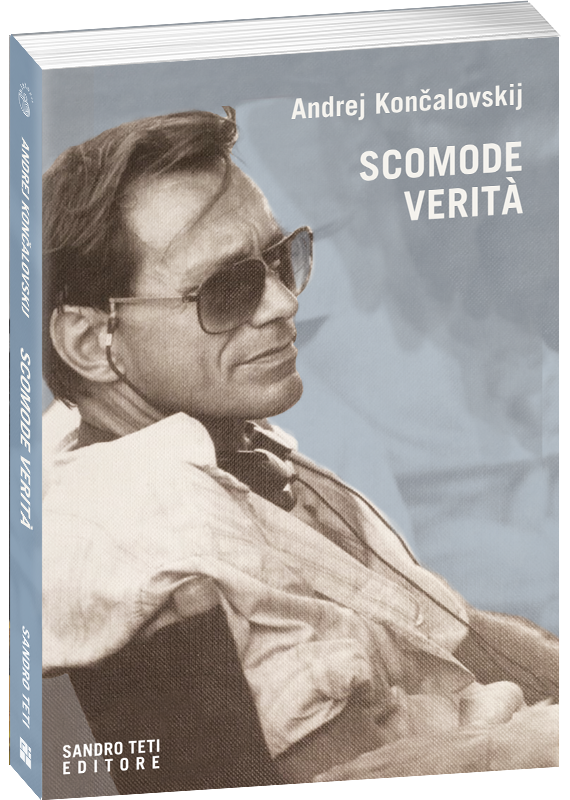