BOOK: This book is still up-to-date. It helps us to understand the effects of the radical reform the government made to the Italian Constitution. D’Albergo goes back through  the sixty years of the Italian Republic and retraces, from the Marxist point of view, the essential stages of the theoretical and political discussions about the Italian Constitution, its application and projects of revision that differ from one historic period to another. From a meeting/clash between capitalism and Marxism (of the period when the Chart appeared) to the recent events  interpreted by D’Albergo, inspired by the historical materialism, as frustrations of original spirit. D’Albergo, a legal subjects publicist and a teacher at the Communist party school and in the  CGIL (General Italian Labor Confederation) circles in the sixties and seventies, contests the Bobbio’s thesis on the “inexistence” of the Marxist theory on law and state. The author of this book has the goal of discovering the original idea conceived by the German philosopher on the constitutional science, underlining that the Marxism does have the theory of law and state, but it considers them as a forecast of the society and its institutions’ transformation which cannot be put into a formal frame a priori.

AUTHOR: Salvatore D’Albergo, an expert of law and constitutional science, was an intellectual and an active militant. He cooperated with Ernesto and Marxventuno magazines and published the following books: Class Fights And Constitution, The Italian Republic’s Dyagnosis, The Constitution Between the Ideological Antitheses, After the Referendum of 2006. 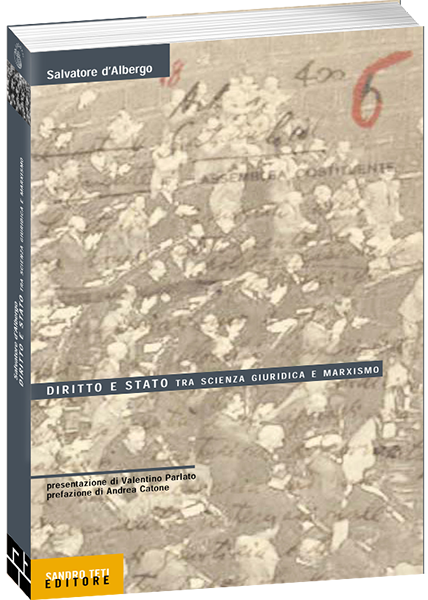