«Read Tsar-Maid! What’s the point? It’s her, the Warrior, it’s him, the Tsarevich, but it’s also the tragedy of missing each other: love is passing by one another… My Tsarevich isn’t able to love anyone but the gusle.» Marina Cvetaeva

THE BOOK: A virgin warrior as powerful as the sun is, a inept Tsarevich persecuted by his stepmother, a old drunk Tsar: the characters of the russian fairy tale “Tsar-Maid” live again into the verses of one of the greatest russian poets. Marina Cvetaeva composed this poem during the civil war, just before her exile started. Due to her imaginative strenght, she has been able to combine the popular and folkloristic culture of Russia, on the edge of collapse, with the stories of biblical, ovidian and shakespearean characters. The poem, that expresses in the best way the bright talent that Tsvetaeva had for the creation of complex plots and styles, is published for the first time in italian language, one hundred years after its composition.

Marina Cvetaeva (Moscow, 1892 – Elabuga 1941) is one of the best known and appreciated Russian poetesses and writers. Her father was Ivan Vladimirovich Tsvetaev, the philologist, art historian, director and creator of the Rumyantsev Museum and her mother was the talented pianist Marija Mejn. Marina Tsvetaeva started composing poetry when she was really young. She witnessed the Bolshevik Revolution of October and she was forced to move, for many years, to different European cities. Marina committed suicide in 1941 in Elabuga.

Marilena Rea is a literary critic, a professor and a translator, specialized in russian poetry. She edited many works by Cvetaeva, Pasternak, Blok, Kushner, but also novels by Čechov, Tolstoj, Al’shitz, Višneveckaja. She helds different seminars about translation tecniques at the universities of Siena, Trento, Bologna, Palermo and Rome. She also cooperates as a teacher of Italian language for Russian studenys at Rome’s Link Campus University. She edits school books. 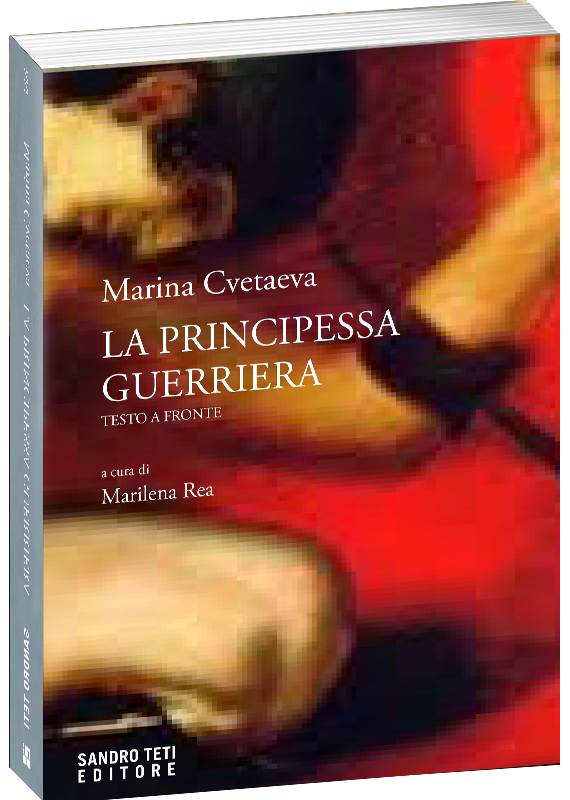